There are many different structures of single-walled carbon nanotubes. Each possible nanotube structure is labeled by two integers, (n, m), that uniquely define its diameter and chiral angle.  Some nanotubes are metallic in electronic character, while others are semiconducting.

Metallic and Semiconducting nanotubes can be identified by their (n, m) designation.

Semiconducting nanotubes: the value n - m is NOT evenly divisible by three.

Approximately 2/3rds of SWCNTs are semiconducting

The Semiconducting Nanotubes Fluoresce in the Near-Infrared! 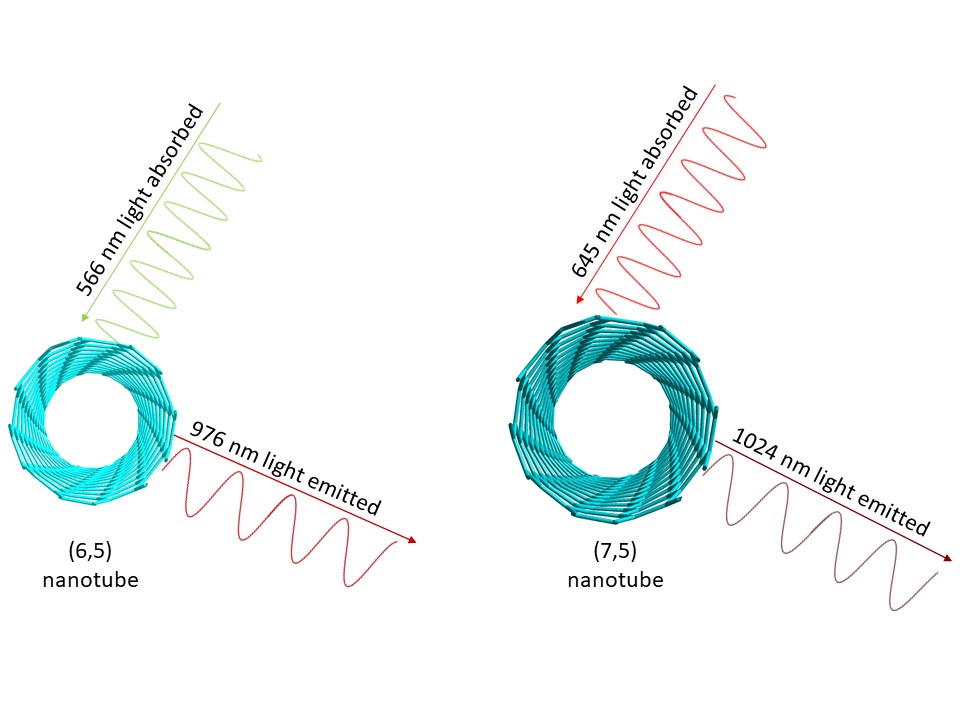 When we scan the visible excitation wavelength and capture the emission in the near-infrared we obtain a separate peak for each semiconducting (n, m) structure as shown in the contour plot below.  In our NanoSpectralyzer systems, instead of scanning the entire visible absorption region we use 4 to 5 distinct laser excitation wavelengths and interpolate the regions in between using the latest scientific research data. This allows us to gather information about a SWCNT sample much more rapidly and also gives us access to data from more dilute samples that may be to dim to measure with the weaker lamp excitation typically used in scanning systems.